Gardens have the capacity to surprise us, even when they shouldn’t really be able to. This week has been quite dry by comparison with the rest of the year. It is not often gardeners speak of a dry spell as “being good for the garden” but that is the case at the moment, the ground being as saturated as it is. But the sunshine this weekend has enabled me and my daughter to spend a couple of hours outside tidying up, cutting back and generally keeping an eye on things. And it is when you are just pottering around, doing nothing very much, that the garden surprises you.

You can be looking at something, thinking about how to shape it, or contemplating what to plant alongside it, and you will notice something else that you weren’t looking for.

I had forgotten about the crocuses I had planted under the Japanese cherry but this week there they were, having taken much longer to appear than many other crocuses elsewhere in the garden that had grabbed my attention in previous weeks.

When I continued my journey around the garden I spotted the bright blue flowers of Anemone blanda under the pear tree
, and the newly opened crocus flowers under the Osmanthus heterophyllus. All had been either forgotten or given up on, but like a bus that is long overdue and only appears from around the corner after you stop looking for it and turn the other way, they suddenly appear, or start performing, without warning, surprising but delighting, as they always seem to do. 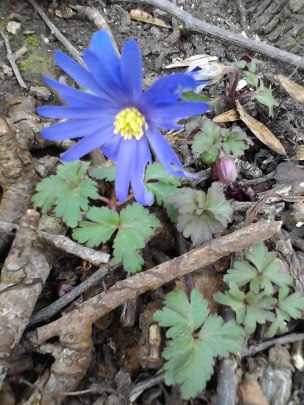 Carpet of snow on the garden 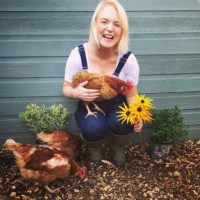 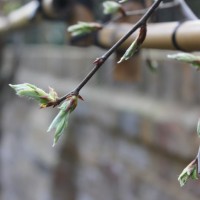 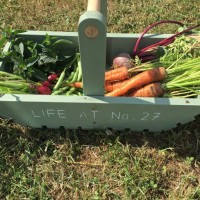 Urban gardening on a diminished scale

Life at No.27
London Cottage Garden

Blogging about cottage garden style in a town garden

if your garden is bigger than a courtyard, but smaller than an acre

A daily selection of the best content published on WordPress, collected for you by humans who love to read.